< Back to the news 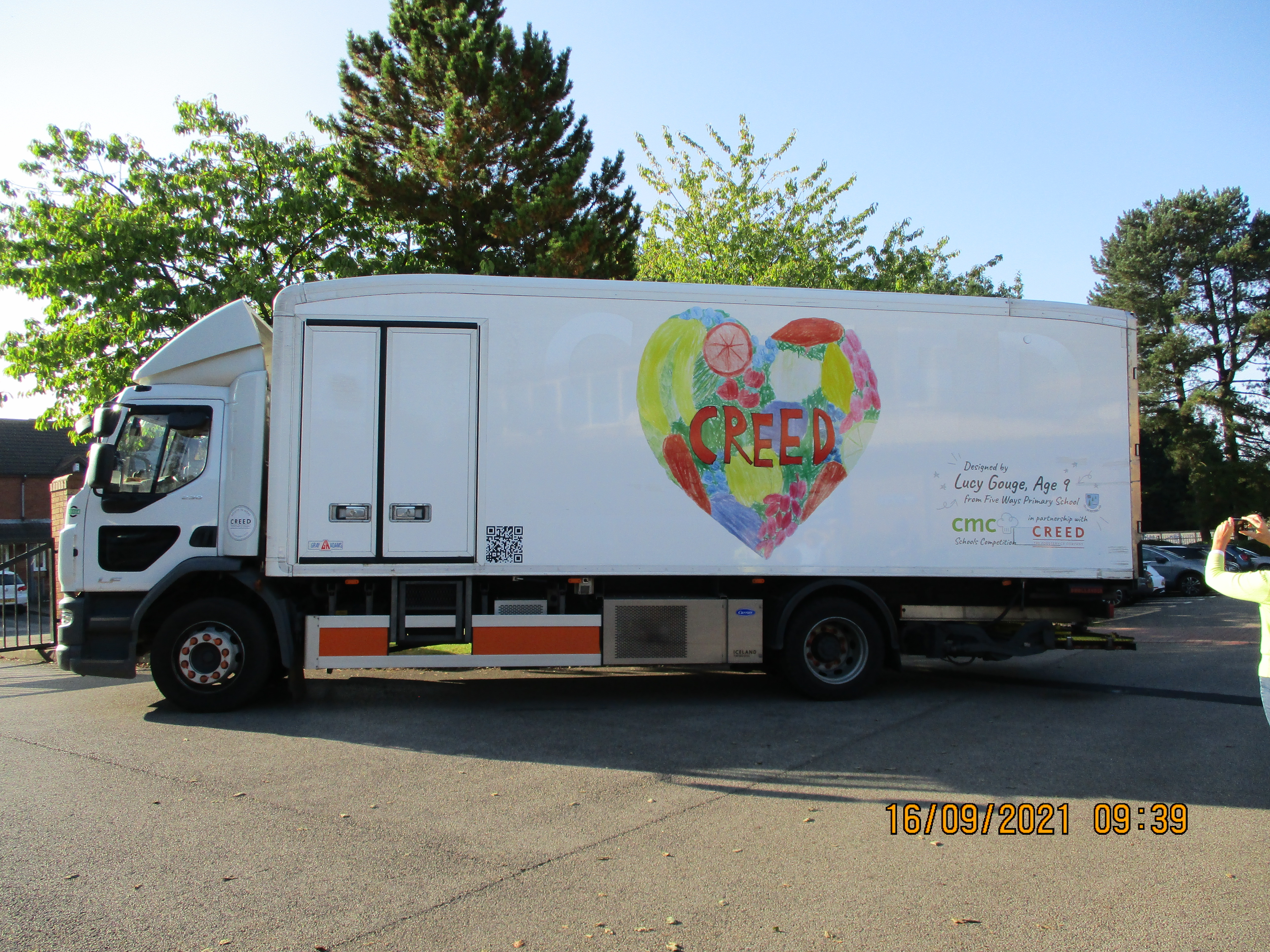 Lucy won the ‘design a lorry’ competition that was organised by the CMC School Catering Team in conjunction with The Creed Foodservice Company.  Lucy designed a winning illustration that has been used on the side of a Creed lorry.  Representatives from CMC and Creed, including their development chef attended the presentation, along with Phil Vickery MBE, who is a former English rugby union player and who was a member of England's World Cup winning squad in 2003!  Lucy’s family attended the presentation along with Lucy’s year group and the Year 5 staff.  We also had George Beale, who is in Year 5, who was a runner up in the competition and 4 Year 5 pupils who were in the Top 20 – Harrison Holland, Tarrin Stansbie, Joseph Rana and Kate Goodman.  It was a pleasure to hold the event at Five Ways and see the Creed lorry showcasing Lucy’s design.  Congratulations Lucy and well done to Year 5 for being a credit to the school during the presentation.  You can see Lucy and her parents, along with Rob Owen, who is the development chef and Phil Vickery photographed standing in front of the Creed lorry with Lucy’s illustration that can be seen clearly on the side of it.  It looks fantastic!  Well done everyone! 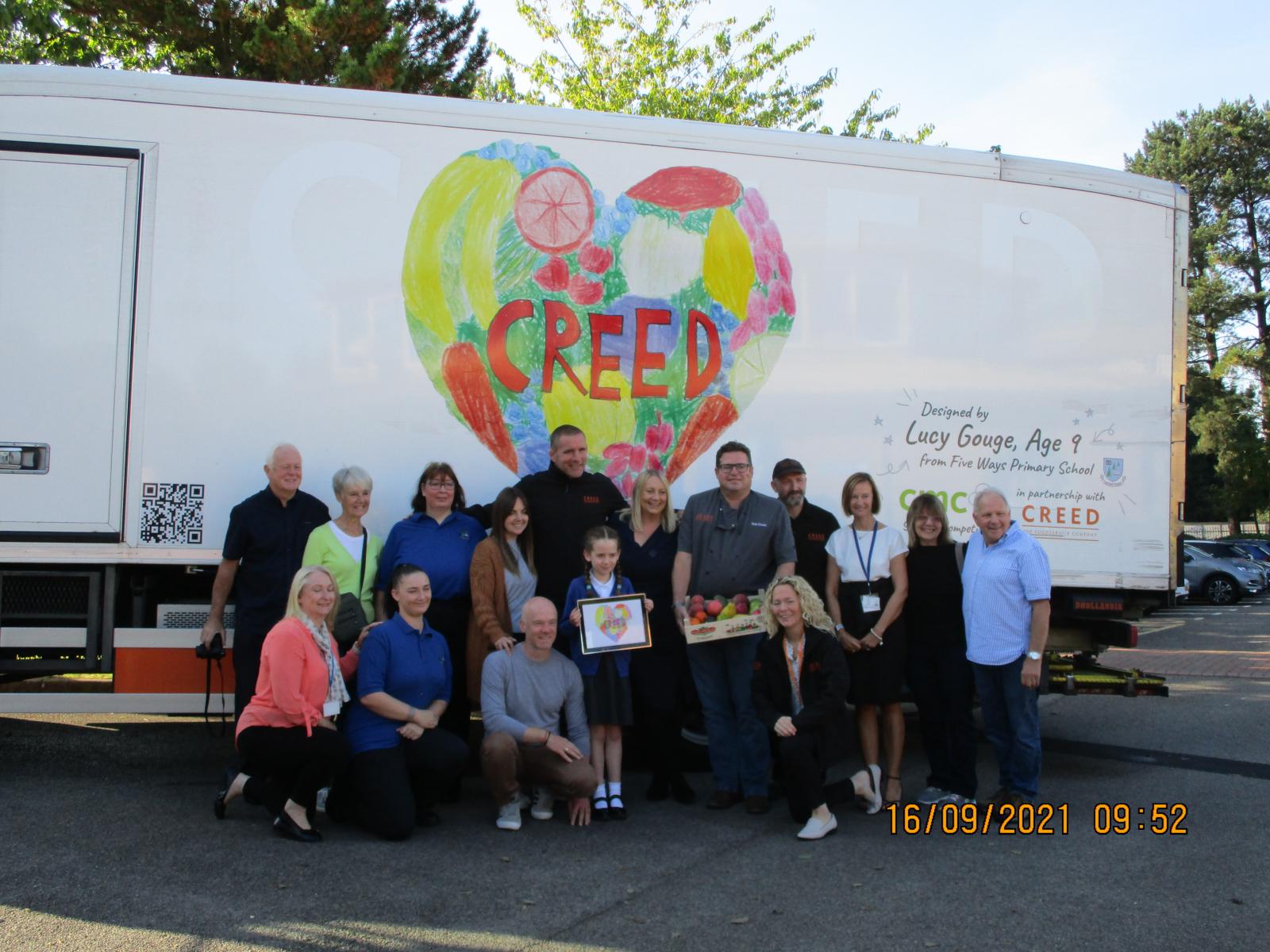 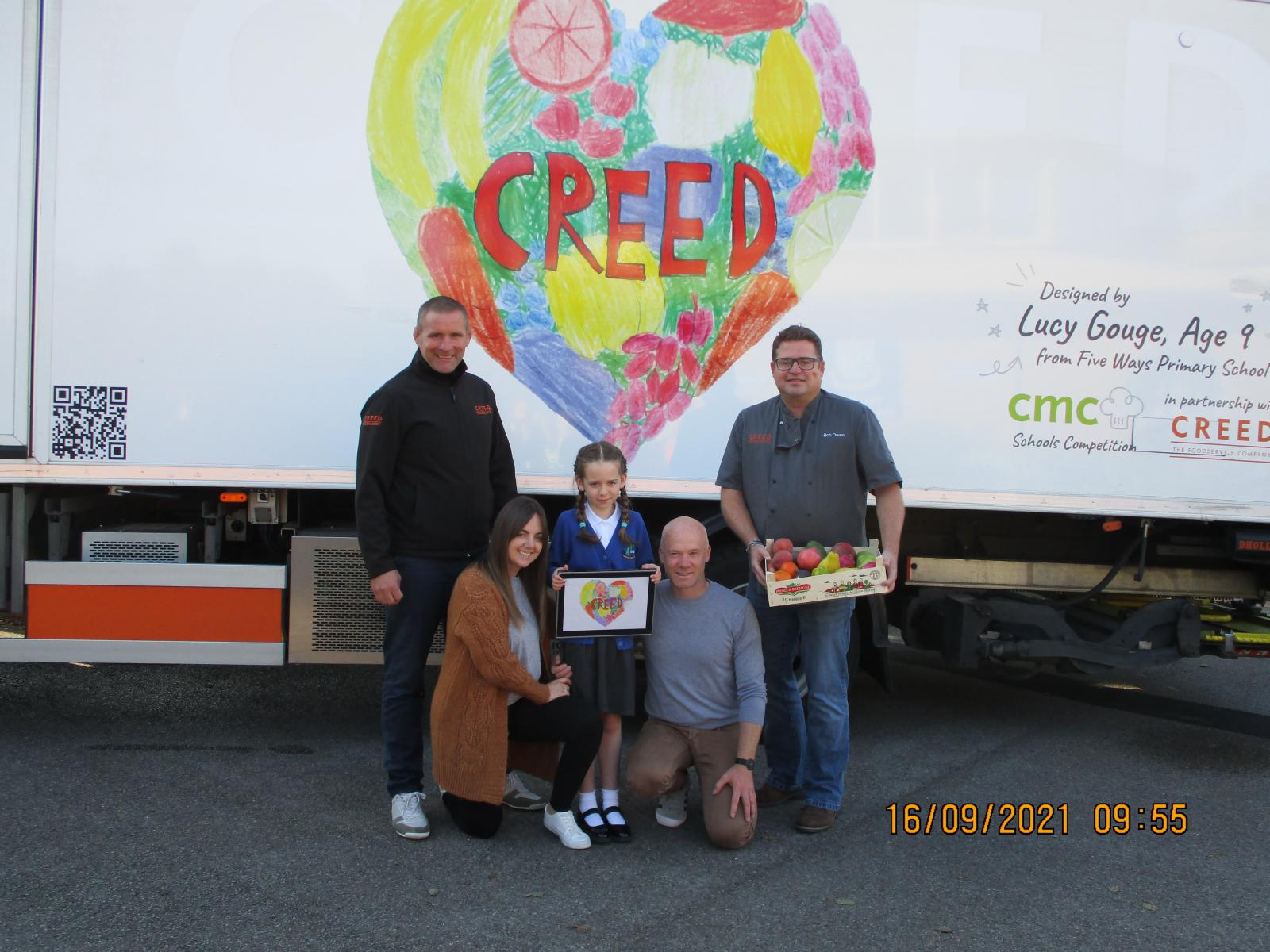 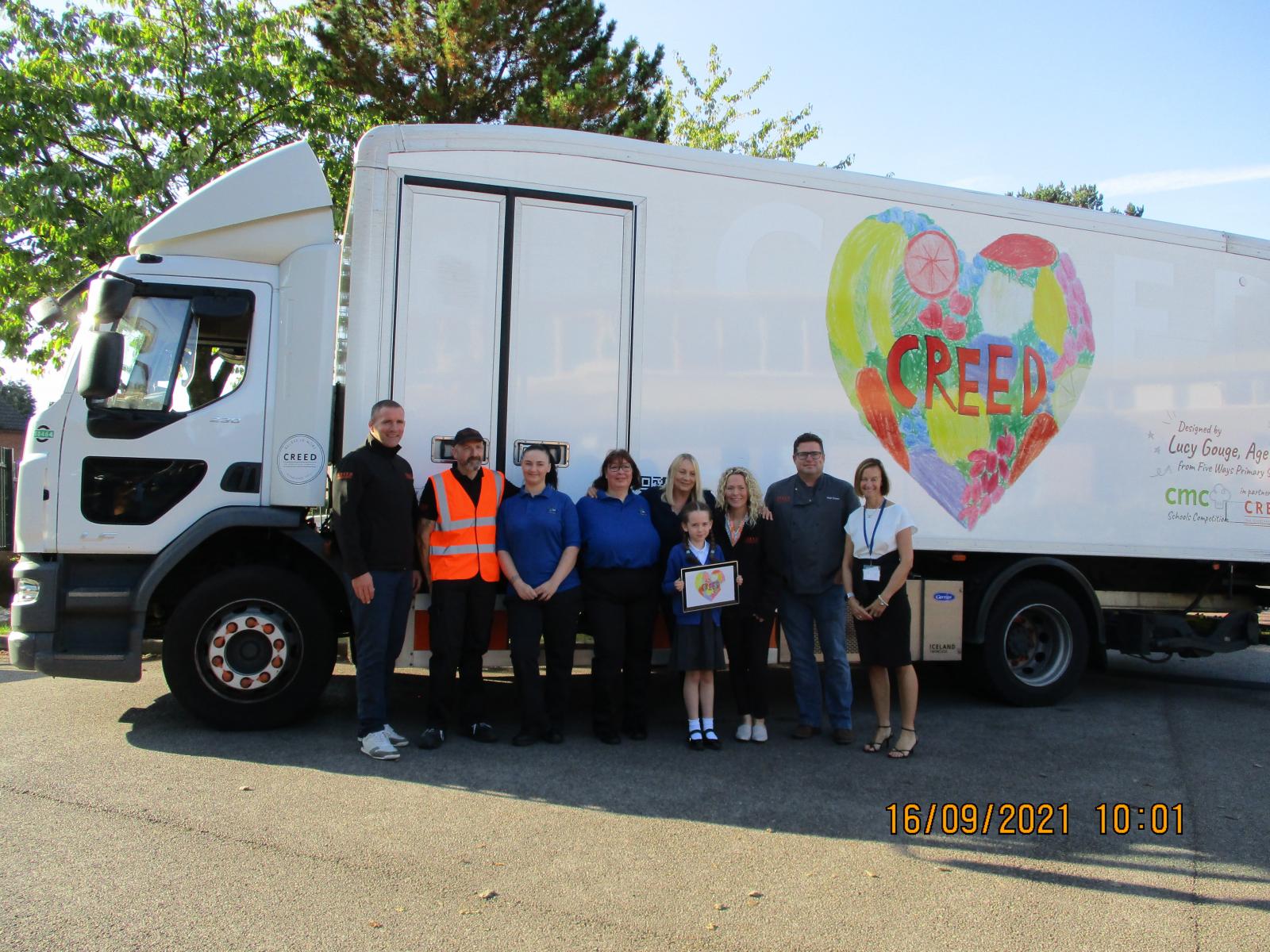 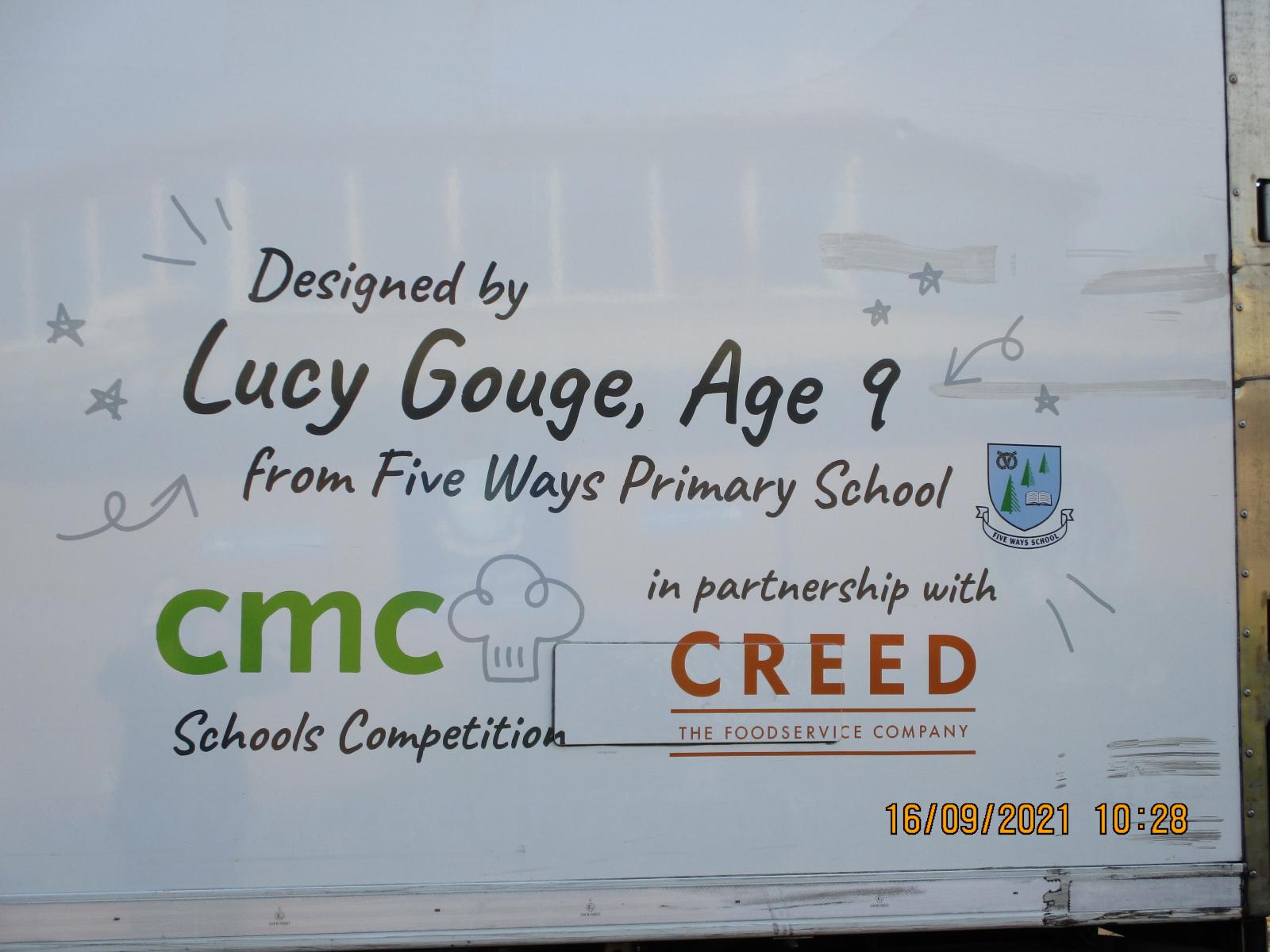